How the American Home has Evolved 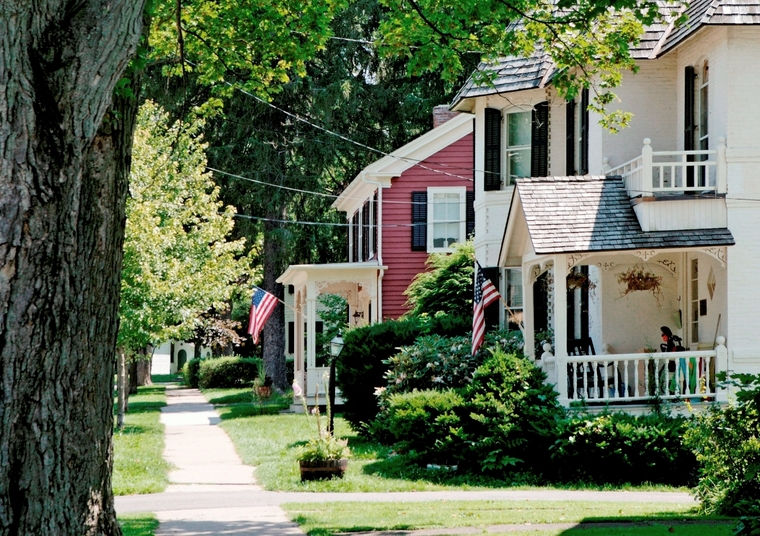 Owning a home has been an American tradition from the start. But the home itself has changed dramatically over the years.

Until the 1960s, the building materials used on the exterior of most homes were limited to brick, wood, or wood shingles. However, by the early 1960s, many Americans chose to cover their homes with a more affordable material that was also maintenance-free: aluminum and vinyl siding. Today, many homeowners are using low-maintenance siding materials made of cement fiber.

The primary building material for interior ceilings and walls for much of the 20th century was plaster applied over wood lathe. Modern day sheetrock didn’t become popular until the 1950s. In the 1960s, wood paneling and textured walls became prevalent, largely for their quick and easy application. In the 1970s and ‘80s, “popcorn ceilings” became a common way to hide imperfections in ceilings. Today’s style again favors smooth walls and ceilings, which can result in a lot of work removing paneling and textures in older homes.

Throughout the early 1900s, the floors throughout most homes were almost always bare wood. Linoleum tile became a popular choice for kitchens, bathrooms, and bedrooms in the 1940s. However, by the 1960s and 1970s, wall-to-wall carpeting was all the rage—even in bathrooms and some kitchens. Homes today feature a wide array of flooring materials, depending on both the region and the room’s function. For example, tiles are a more popular choice in warm regions than cold ones because they tend to stay cool; wall-to-wall carpeting is still popular in rooms like bedrooms and family rooms, where people like to feel most comfortable, while durable and easy-to-clean hardwoods, tiles and linoleum are more favorable in kitchens and high-traffic areas.

At the turn of the 20th century, the kitchen was a place where the woman of the house did all the cooking. Kitchens were typically small, closed off from the rest of the house by solid walls, and far more functional than fashionable. Dining took place in the dining room.

Throughout the 1920s and ‘30s, kitchens remained stark workplaces with very few appliances. Food was kept chilled with an icebox (a non-electric, insulated box about the same size as a modern refrigerator that used a block of ice to keep everything cold). However, by 1944, 85 percent of American households had switched from an icebox to a refrigerator.

In the mid 1950s, the kitchen changed dramatically. It not only became larger, it also transformed into the heart of the home, where the whole family gathered to help prepare and even eat meals.

The 1950s also brought a host of kitchen innovations, from the stainless steel sink to electric ovens and stovetops. But the most exciting of all was the dishwasher. The 1970s marked the introduction of the microwave.

Today, the kitchen is still a place where everyone gathers. So it’s not surprising that may people favor open-concept kitchens, with no walls separating them from the dining or family room.

The 1940’s census was the first to ask homeowners about some of the amenities in their homes. The results are startling (though perhaps less so when you consider that this was during the depression): Less than 50 percent of homes had hot water, an indoor toilet or a bath tub; about one in five didn’t have a home phone.

By the 1950s, however, things had changed dramatically for the better. That’s when many Americans got a refrigerator, an electric stove, a dishwasher, and, ah yes, air conditioning. Until then, most homes were cooled with nothing more than a ceiling fan at best.

Thanks to the larger, Ranch-style homes being constructing in the 1950s, walk-in closets also made their introduction. The fabulous ‘50s also ushered in the two-car attached garage.

And let’s not forget the television; it exploded onto the scene in the early 1950s and by 1955, half of all U.S. households had sets. Today, the average home has little less than three TVs.

Despite all these changes, one thing has remained the same: The number one reason why Americans chose to buy a home. According to Dan McCue, research manager at Harvard’s Joint Center for Housing Studies, “It’s always been seen as the best way to build net worth and equity.”

Related Articles
Housing Trends Townhome Surge Townhome construction has surged in the last 12 months.  This is welcome news for first-time buyers who benefit from the lower prices that multi-family product tends to provide. According to the National Association of Home Builders, townhome construction has jumped up 28% compared to the previous year. Townhomes now represent 13% of all new residential […]
Blog 2 to 3 Along the Front Range we have gone from two weeks of inventory to three weeks. For much of the Spring, there was only two weeks of inventory on the market in most areas. Meaning, it would only take 14 days to sell all of the homes currently for sale. Now, because the pace of sales has slightly […]
Blog 5.5 Million Short New home construction is behind by 5.5 million homes over the last 14 years. Since 2007, new home starts have lagged significantly behind the long-term average. The Census Bureau started tracking National new home starts in 1958. Between 1958 and 2007, an average of 1,102,938 new homes were started each year. Between 2007 and 2020 the […]